Besides pure athletic skill and utter dominance, there was a cool air of art & style that the Dream Team ushered in that's still relevant to this day. The court in Barcelona was clutered with big names, the jerseys were fresh and every player had a shoe, oohh the shoes!

Just about every major Olympic inspired or designed for shoe is making a return to the shelves this summer. Perfect time to drop a few accompaning apperal items to go along with them, as well as to celebrate the anniversary of one of the greatest sports teams ever assembled.

We proudly introduce to you The RING LEADERS Collection - PRT 1. CLICK HERE TO PURCHASE NOW

A collection of limited edition prints inspired with a twist. Available now, with a few more items to be added shortly.


﻿ Another gem from thegreenroom has landed in my inbox ... Westt Kraven's - REVERSE+FLYCOLOGY. A quick 7 shot, in & out orginal album from the "Kalifornialien" with a touch of BOTD. Other than Westt himself, you'll only find 2 other vocal collabs. The first a homage to the hometown on Pro-Fedik's "takeoneformycity" and the other a chopped up trip with !LL-SoN on "silvertabz/greyhintz" advised to slap loudly!

Also a few words from the producer / rapper on his most resent drop: "Reverse+Flycology is an album not a mixtape, but to creative proportions it's been a long time coming. Westt Kraven is thegreenroom and thegreenroom is him ... take another trip with ME!"

﻿
It's a mad, mad world and here is your invitation.

From what I hear its the first of three projects Nome has dropping this summer and you know we'll keep you updated! 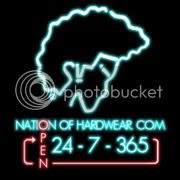